Engineers in Business Fellowship helps universities to inspire engineering undergraduates and graduates to participate in business innovation competitions by providing each with an Engineers in Business Competition (EIBC) Prize Fund. The Prize Fund enables universities to award prizes to their most outstanding innovators. The winning university teams then enter the EIBC Champion of Champions Final, bringing together the most ground-breaking ideas and competitors to vie for a prestigious award and win a share of £10,000, mentoring from a Sainsbury Management Fellow and a range of prizes from our sponsors. 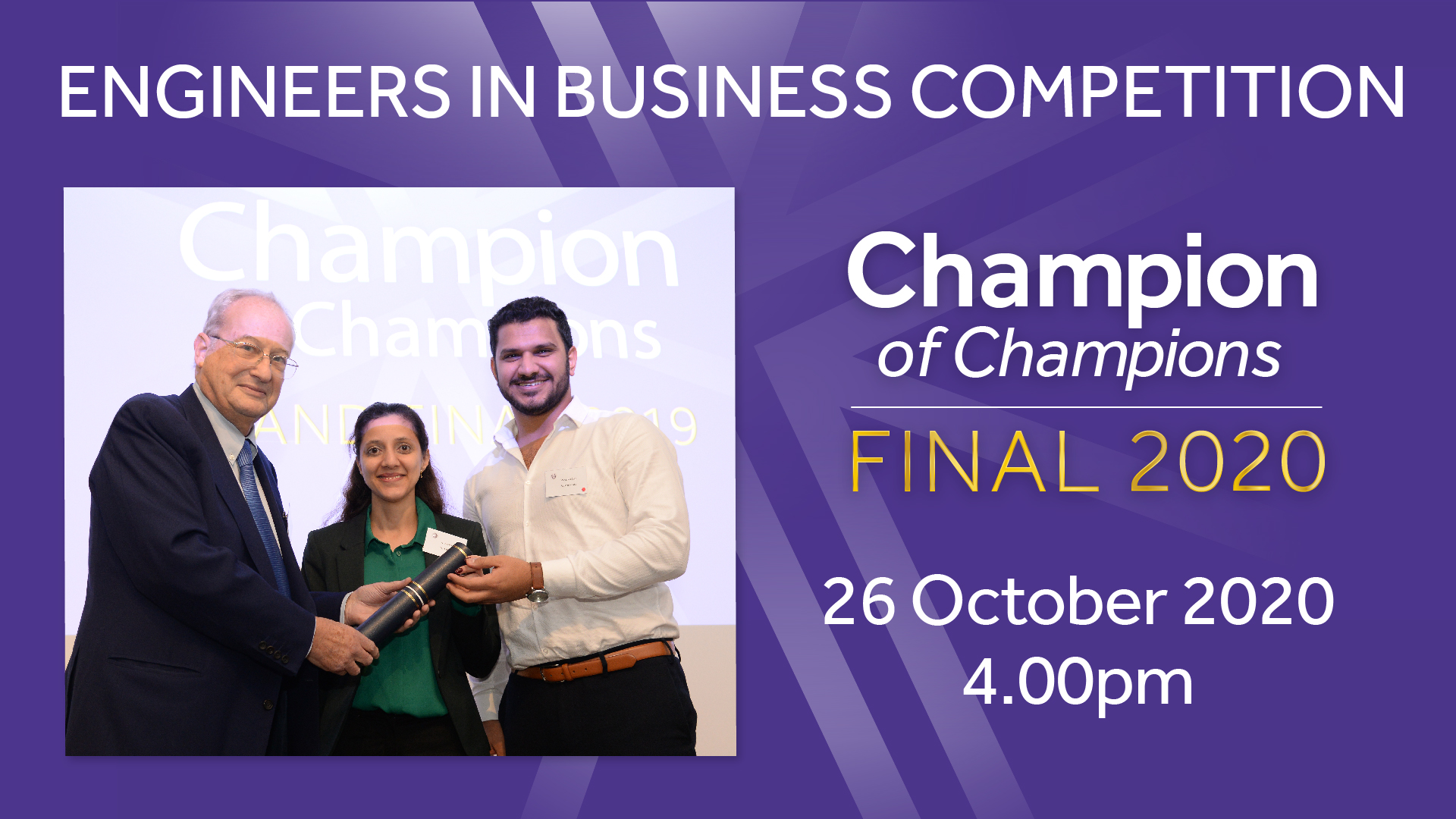 An error occurred trying to play the stream. Please reload the page and try again.

Kate Bellingham didn't set out to become a TV presenter but was 'spotted' whilst working for the BBC as an electronics engineer and invited to audition for a Schools programme, 'Techno'. Having embarked on a career in 'show biz', her engineering background, along with a degree in physics from Oxford University and experience as a computer programmer, came in useful during her four years as a presenter on the BBC's flagship science and technology programme 'Tomorrow's World'.

She went on to present her own weekly programme on Radio 5 Live, 'The Big Bang' on Children's ITV as well as a science series for the Open University, an engineering series for BBC2's 'Learning Zone', 'Testing Times', a series for Radio 4 about the challenges faced on major engineering projects and a series on maths for BBC Schools Radio. She co-presented the BBC2 series 'The Museum of Life' a behind the scenes look at the Natural History Museum in London.

Among Kate's other projects has been her work as the National STEM Careers Coordinator, supporting the Department for Children, Schools and Families' (DCSF) STEM campaign. She is also currently Education Ambassador for the three year Bloodhound Engineering Adventure Richard Noble's latest World Land Speed Record attempt aiming for 1000mph.

Kate regularly hosts and speaks at conferences and seminars for major companies and is very much involved in projects promoting science, engineering and technology to the general public. She is President of Young Engineers, the national network of engineering clubs in schools and colleges, and is a Patron of WISE Women into Science, Engineering and Construction.

In 2012 Kate was awarded the Honorary Degree of Doctor of Science by the University of the West of England (UWE) at a ceremony at Bristol Cathedral.